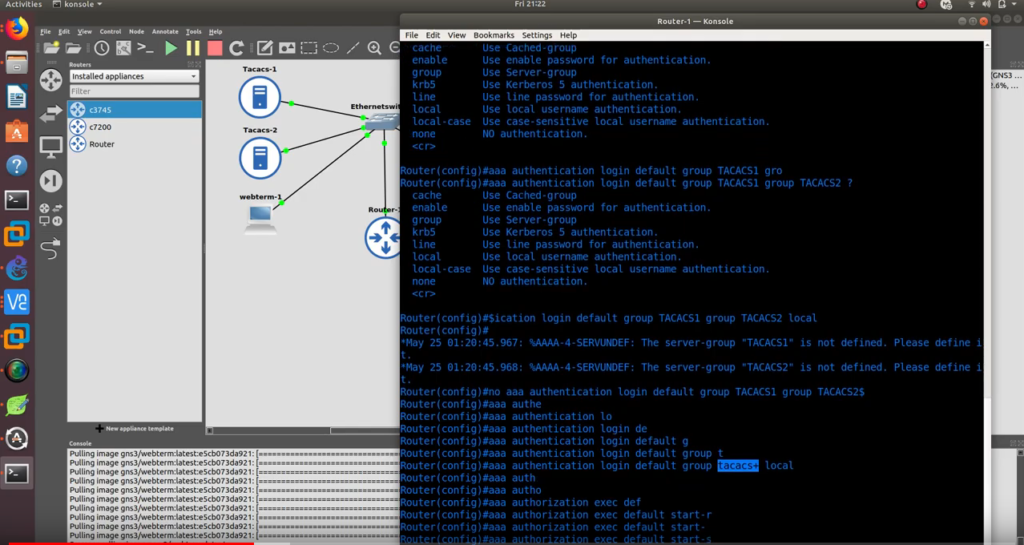 —–Get 30% off ITproTv with code CCNADT

TACACS was originally developed in 1984 by BBN Technologies for administering MILNET, which ran unclassified network traffic for DARPA at the time and would later evolve into the U.S. Department of Defense‘s NIPRNet. Originally designed as a means to automate authentication – allowing someone who was already logged into one host in the network to connect to another on the same network without needing to re-authenticate – it was first formally described by BBN’s Brian Anderson in December 1984 in IETF RFC 927.[1][2] Cisco Systems began supporting TACACS in its networking products in the late 1980s, eventually adding several extensions to the protocol. In 1990, Cisco’s extensions on the top of TACACS became a proprietary protocol called Extended TACACS (XTACACS). Although TACACS and XTACACS are not open standards, Craig Finseth of the University of Minnesota, with Cisco’s assistance, published a description of the protocols in 1993 in IETF RFC 1492 for informational purposes.[1][3][4]

TACACS is defined in RFC 1492, and uses (either TCP or UDP) port 49 by default. TACACS allows a client to accept a username and password and send a query to a TACACS authentication server, sometimes called a TACACS daemon or simply TACACSD. TACACSD uses TCP and usually runs on port 49. It would determine whether to accept or deny the authentication request and send a response back. The TIP (routing node accepting dial-up line connections, which the user would normally want to log in into) would then allow access or not, based upon the response. In this way, the process of making the decision is “opened up” and the algorithms and data used to make the decision are under the complete control of whomever is running the TACACS daemon.

TACACS+ and RADIUS have generally replaced TACACS and XTACACS in more recently built or updated networks. TACACS+ is an entirely new protocol and is not compatible with its predecessors, TACACS and XTACACS. TACACS+ uses TCP (while RADIUS operates over UDP). Since TACACS+ uses the authentication, authorization, and accounting (AAA) architecture, these separate components of the protocol can be segregated and handled on separate servers.[5]