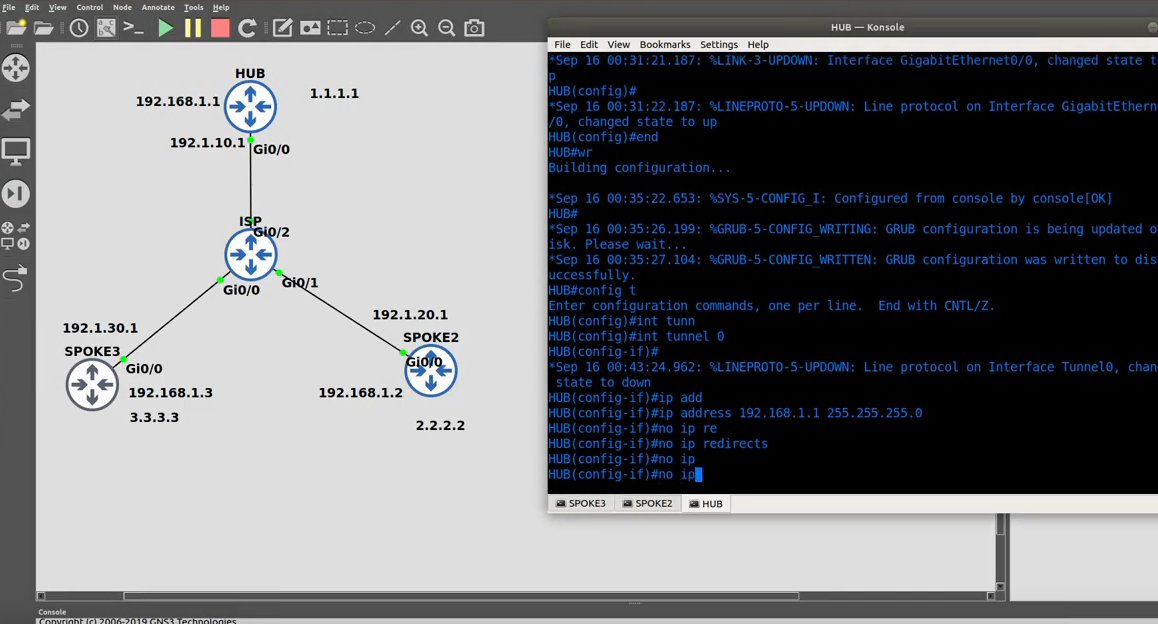 DMVPN has three phases and in this post we will discuss the first DMVPN phase. In 1st phase there can’t be any Spoke to spoke communication directly. Any spoke that needs to speak to another spoke site has to go through a Hub site in phase 1.