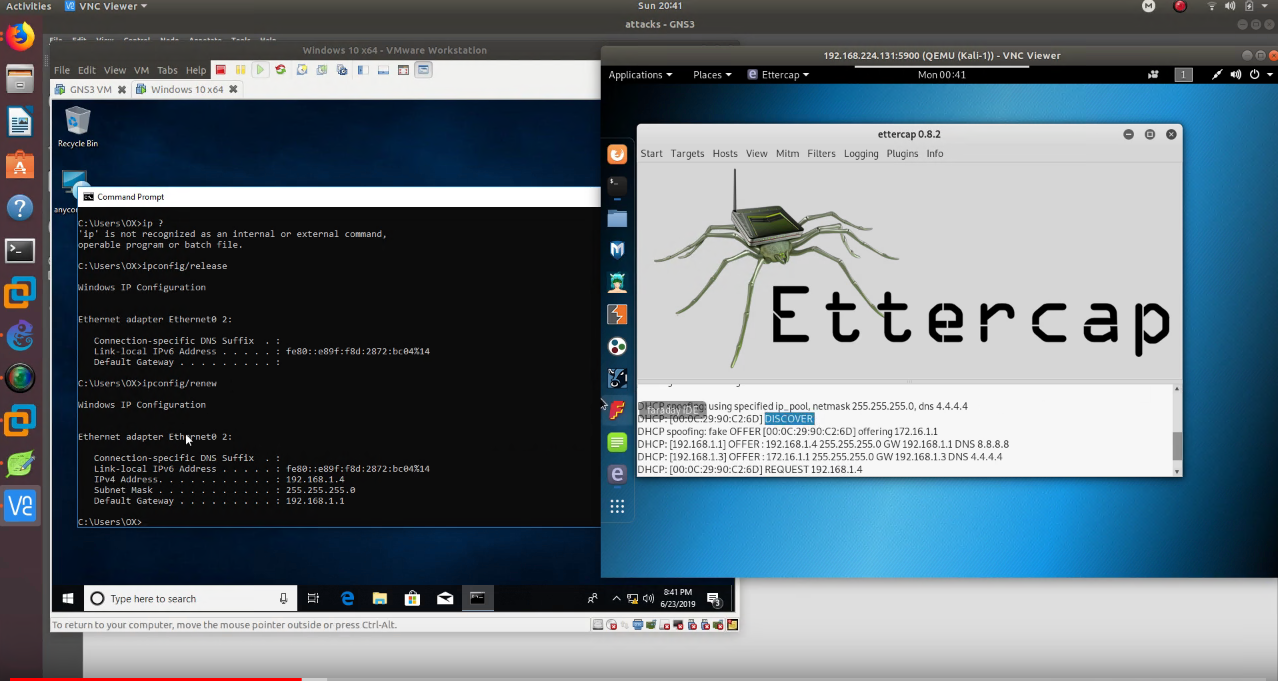 ARP spoofing is a type of attack in which a malicious actor sends falsified ARP (Address Resolution Protocol) messages over a local area network. This results in the linking of an attacker’s MAC address with the IP address of a legitimate computer or server on the network.

Yes it is bad and is a form of attack. DHCP spoofing occurs when an attacker attempts to respond to DHCP requests and trying to list themselves (spoofs) as the default gateway or DNS server, hence, initiating a man in the middle attack.
It is a really bad attack because the malicious DHCP server can send you to a fake bank website and steal your credentials and all that CASH MONEY