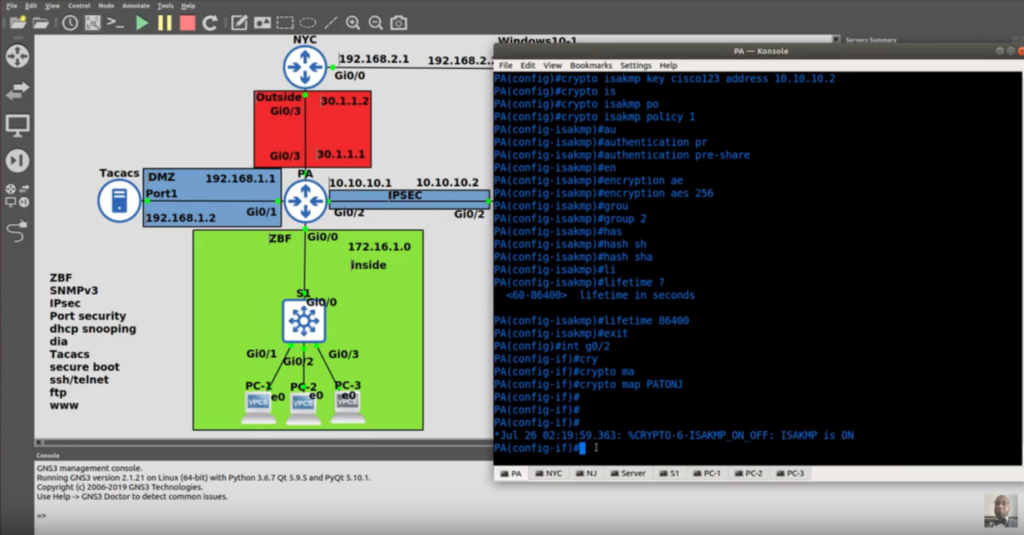 The SNMP Version 3 feature provides secure access to devices by authenticating and encrypting data packets over the network. Simple Network Management Protocol version 3 (SNMPv3) is an interoperable, standards-based protocol that is defined in RFCs 3413 to 3415.

In computer networking, DHCP snooping is a series of techniques applied to improve the security of a DHCP infrastructure. When DHCP servers are allocating IP addresses to the clients on the LAN, DHCP snooping can be configured on LAN switches to prevent malicious or malformed DHCP traffic, or rogue DHCP servers.Wikipedia

The Dynamic Host Configuration Protocol (DHCP) is a network management protocol used on UDP/IP networks whereby a DHCPserver dynamically assigns an IP address and other network configuration parameters to each device on a network so they can communicate with other IP networks.

Zone-Based Policy Firewall (also known as Zone-Policy Firewall, or ZFW) changes the firewall configuration from the older interface-based model to a more flexible, more easily understood zone-based model. Interfaces are assigned to zones, and inspection policy is applied to traffic moving between the zones. Inter-zone policies offer considerable flexibility and granularity, so different inspection policies can be applied to multiple host groups connected to the same router interface.