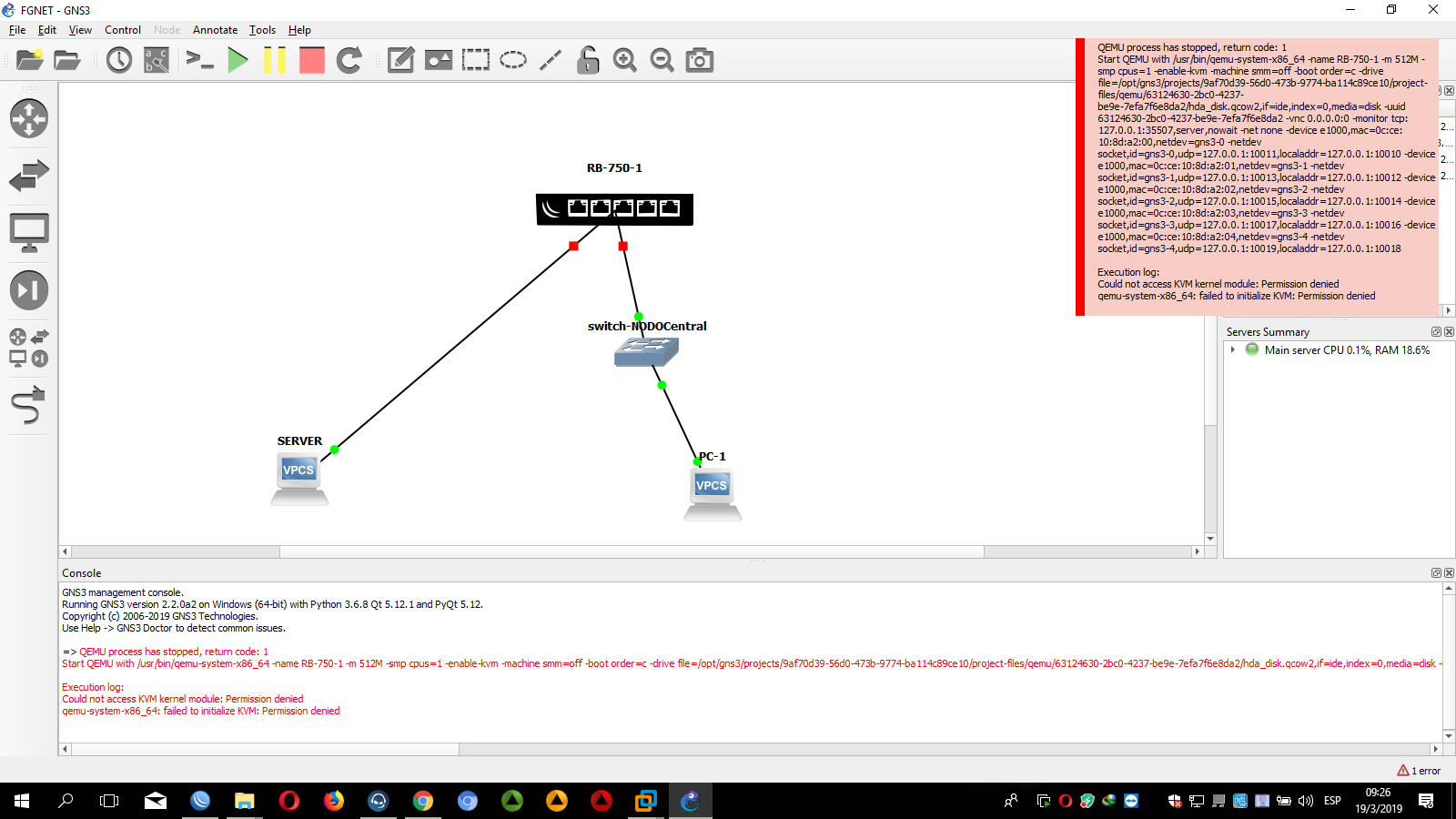 How to resolve the GNS3 Issue:

Had to “sudo adduser ‘youraccount’ kvm” to solve it.

What exactly is GNS3? Originally developed as tool for Cisco networking, GNS3 (short for Graphical Network Simulator) has developed into a multi-vendor network simulator. GNS3 was initially developed by a university student on top of Dynamips as a means of emulating Cisco software, the interface was developed as a means to design and configure networks. However, thanks to networking professionals looking for a tool to learn more about networking and testing their ideas — and to prepare for the rigorous Cisco certification exams — the software has been downloaded more than 11 million times since 2008.

GNS3 combines the best features of existing emulation software (such as Dynamips and Qemu) into a GUI interface and allows you to create an unlimited number of Cisco routing-and-switching lab scenarios. Because truly learning about routing and switching requires some hands-on practice — and again, most people and companies can’t afford to invest in all of the equipment necessary to test dozens of different scenarios — GNS3 is a viable option. You do not need to customize the software at all, and can work within the main window to drag and drop different network components such as routers, firewalls, switches, etc., into your networking area, and then try different connections between them that meet your network standards.