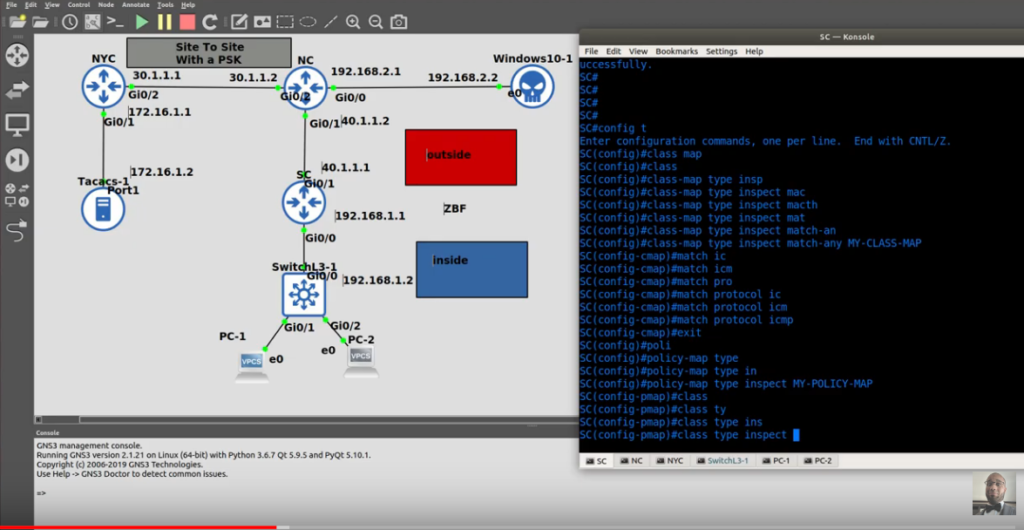 Zone-Based Policy Firewall (also known as Zone-Policy Firewall, or ZFW) changes the firewall configuration from the older interface-based model to a more flexible, more easily understood zone-based model. Interfaces are assigned to zones, and inspection policy is applied to traffic moving between the zones. Inter-zone policies offer considerable flexibility and granularity, so different inspection policies can be applied to multiple host groups connected to the same router interface.

Firewall policies are configured with the Cisco® Policy Language (CPL), which employs a hierarchical structure to define inspection for network protocols and the groups of hosts to which the inspection will be applied.

The Dynamic Host Configuration Protocol (DHCP) is a network management protocol used on UDP/IP networks whereby a DHCP server dynamically assigns an IP address and other network configuration parameters to each device on a network so they can communicate with other IP networks.

A site-to-site VPN allows offices in multiple fixed locations to establish secure connections with each other over a public network such as the internet. Site-to-site VPN extends the company’s network, making computer resources from one location available to employees at other locations. An example of a company that needs a site-to-site VPN is a growing corporation with dozens of branch offices around the world.